Empowered women, empower other women is the mantra that has been etched into the minds of the young women who attended Nutramix’s Women in Agriculture seminar at the Wexford Hotel in Montego Bay, last Tuesday. The seminar featured four successful, awe-inspiring women who are thriving within the different areas of agriculture in Jamaica. Students from across Montego Bay were given the chance to connect with them and learn from their experiences and listen to the recommended channels to take on creating the best foundation for their future.

The young women listened with intent as first speaker Dr Audrie McNab rallied them up at the start of the event. She delved into her journey into agriculture on which she embarked while still being a teacher at Wolmer’s High School for Boys. McNab decided that she needed to pursue a life that had more meaning and one about which she was passionate. “Real doctors treat more than one species,” declared McNab, who is one of the three veterinarians employed to the CB Group. She is incharge of overseeing the health and fitness of the pigs from Copperwood Pork. “I don’t like to be mediocre or average,” said McNab. She wanted to become a veterinarian since she was younger but was not able to pursue her path through the traditional methods. “Don’t give up. Start by doing what’s necessary then what’s possible and then what’s impossible,” said McNab.

Second speaker TV producer Tannisha Scarlett spoke about changing the perception of agriculture in Jamaica. “Most persons associate farmers with khaki, water boots, and a machete. I’ve only seen a handful of farmers like this,” said Scarlett, who is also the mastermind behind the most innovative agricultural television series on the island, AgriViews. “Jamaican farmers are using technology and transforming the farming process with the use of automation,” she said. She also emphasised that education is crucial in the development of agriculture. “I choose agriculture because information is needed,” said Scarlett. 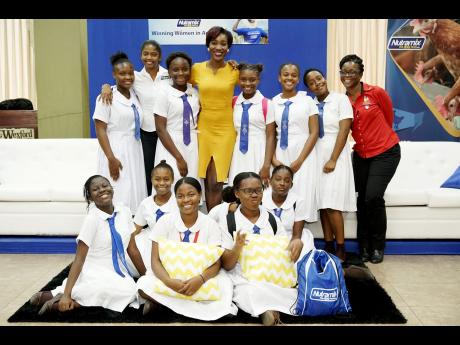 CEO of CARITA Jamaica Rita Hilton gave a riveting presentation on independence which left many of the ladies feeling empowered and ready to take on the world. Her inspiring speech focused on the hardships associated with starting her own business. “Your independence, your identity, your self worth is what will make you succeed,” stated Hilton, who was once a teacher for 17 years before she started her own business in agriculture, which is greatly contributing to the Jamaican economy through revenue obtained from export.

The recently crowned 2018 Farm Queen Samantha Thomas Myrie led an exciting discussion which highlighted youths in agriculture. “Everything that you want to do is in agriculture. There are journalisst, engineers, computer technicians, and even doctors in the field,” said Myrie.

Brand manager for the CB Group Tina Hamilton educated the girls on personal branding. “Your brand is your reputation and it is what people think you are to them,” said Hamilton as she engaged the young ladies on how to brand themselves and their image on social media. 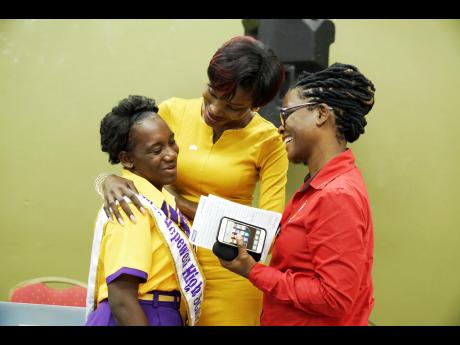 The final presenter Tishauna Mullings closed the seminar with an energising presentation titled ‘Path to My Career’, “You need to focus on your health, wealth, and personal existence. Set goals for yourself,” stated Mullings before enticing the young girls in a dub poetry session created to boost confidence and create a positive mindset.