The conference, held for the second time, took place at the Medallion Hall Hotel in St Andrew, to an audience of key agricultural players, past and present farm queens, as well as those vying for the coveted crown.

The speakers included Truddiann Ashmead, 2017 Nutramix National Farm Queen, who spoke on being a queen in her own right; Tina Hamilton, brand manager, Nutramix & Imagination Farms, who spoke on connecting your brand; Dr Audrie McNab, swine herd health veterinarian, who spoke on doing it all; and Jade Lee, owner of The Farm at Little Orchard and 2016 Woman Champion Farmer who spoke on shattering stereotypes.

Below two of the panellists share their stories of perseverance and messages to women in agriculture. 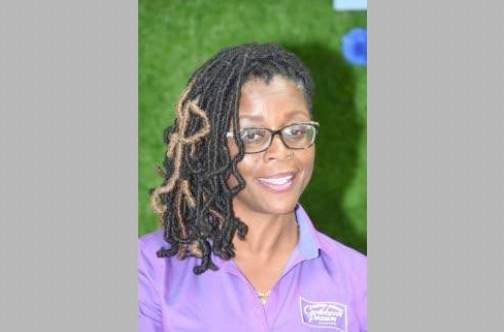 Born and raised in Linstead, Dr McNab always had a love for animals but following the death of her father when she was 12 years old, she put aside her dreams of becoming a veterinarian and instead studied biochemistry and chemistry at The University of the West Indies, Mona (UWI), before moving on to teach chemistry at Wolmer’s Boys’ in Kingston. While there, McNab shared with All Woman that she went to Mico Teacher’s College where she did a diploma in education.

But even then McNab still didn’t pay attention to her childhood dream as she didn’t have the money, and instead she started a master’s degree in education. However, while doing that McNab remembered the words of her mother at the time of her father’s death — “God will get us through this”.

“So I decided to go to vet school. At the time all I had left to do was my thesis, but I got up, went to Trinidad and the rest is history,” she said.

Today, Dr McNab is one of three female vets at CB, a wife, a mother of two children, 16 dogs, a cat and a rabbit.

She is also big on mentorship and empowerment and lobbied to have vet students intern under her guidance at CB.

“If you can’t change something, change your attitude towards it. There are going to be hills, plains, valleys and mountains. But you have to remember the “POO Law” — power of observation. The good you do today comes back tomorrow; unfortunately you’re only as good as your last bad and that’s one of the sad things. Sometimes people you come across in life will only remember the bad, but always remember who you are. Once you find something you’re passionate about you need to ensure you have that support system and that’s the balance. That support system will catch you when you fall,” she told the audience, made up of mostly women.

On the other hand, Dr McNab told All Woman that she is heavily involved in the development of teens and tweens within her Linstead-based church, where she also teaches Sunday school.

“There are times I just take them out to see what’s out there and believe me there are many who have never gone past Flat Bridge. I drive them up to Sovereign and their reaction is, “Miss a foreign this” but I ensure they get exposed. And there are times I drive them around The UWI campus so they can see something to aspire to,” she said.

Her philosophy in life is to be known by the good you do and if you can’t change something in life, change your attitude towards it.

Lee was born and raised in Linstead on the farm she now owns and operates, but shared that at the time it was just an orange orchard. However, she is better known for her influence in the music industry, having managed big dancehall acts such as Bounty Killer, Sean Paul and Ninja Man.

In addition, she is the owner of a number of successful business ventures such as Arm Bands Plus, a wristband and event ticket printing company, and, up until five years ago, farming was the last thing on her agenda.

“I started out in entertainment very young then went on to do my law degree and worked in the law of music for many years. About five years ago I traded my high heels for water boots and it has been some of the most fulfilling, rewarding, heartbreaking experiences and transitions. It’s filled with a lot of mixed emotions that is rewarding spiritually and emotionally. The entertainment business is a very unforgiving, fast paced and extremely intense industry that is also cut-throat, but not the same in agriculture,” she said.

In addition, when she tells people she is now a farmer, she is often laughed at or scoffed at, because she doesn’t look the stereotypical part with her well-manicured nails and make-up. But on further interrogation, Lee usually proves her worth.

To further help inspire the women in the audience, Lee, a mother of four, shared the steps to her success. They are to initiate, educate, communicate, delegate, facilitate, dominate and reciprocate.

She explained: “You have to get up. One thing I don’t want to do at the end of my life is to look back and there is one big nothingness. What did you do? You want to be able to look back at your life and say, ‘Did I touch lives, change lives, did I make lives and the lives I made, are they worthwhile, productive lives? How did I impart on this world? Will I leave it better than I entered it?’ There should be something inside to say I am going to make a difference, no matter the task you’re given, give it 150 per cent. Make yourselves indispensable.”

She added: “Also, initiate. There is a water pump project I am working on to use it to grow mint used to make mojitos. Then educate. Tell people how this pump can earn you a monthly income that they would be shocked about. The computer has it all — do research about the market and educate yourself.

“Then communicate your ideas to the persons you’re trying to sell it to and understand how to present your idea.

“To delegate simply means that teamwork makes the dream work. Facilitate means understanding the logistics of what you need to get your end product, and to dominate is to be the best in your market. And then reciprocate — the farming community has a spiritual and emotional template. When someone gives you this empowerment and knowledge, go and give it back. It’s called paying it forward. Live by this. It will change your life and change the lives of those around you,” Lee said.

She further challenged the women to keep Jamaica in a place, space and platform that speaks to agriculture.

“Please do not put down the mantle and your dream to be practitioners in the agricultural industry,” she said.